Market Commentary: April 2021 – Inflation – Is it Going to be a Problem?

Market Commentary: Inflation – Is it Going to be a Problem? 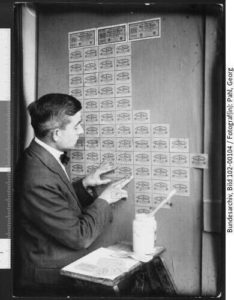 When people think of out-of-control inflation, the hyperinflation that hit the German Weimar Republic of the 1920s and images of Deutsche Marks being used as wallpaper and kindling comes to mind. Germany chose to finance World War I by raising debt instead of taxing its citizens, and between that and the reparation payments established after the Armistice, printed money became nearly worthless.

This year, talk of inflation is becoming more prevalent and, knowing both the media and the industry, we expect it will be a topic of concern in coming months. Reported inflation, shown by the Consumer Price Index or “CPI,” remains low, but market-based inflation indicators including the 5-year TIPS/Treasury Breakeven Rate are rising sharply (chart below) because the economy is expected to see a rapid increase in consumer demand as we recover from the pandemic. At the same time, the U.S. government has launched fiscal stimulus that amounts to 17% of GDP. On top of that, the Federal Reserve is keeping short term interest rates near zero and buying up $120 billion of government debt each month. As a result, market-based inflation expectations are up to 2.5% (chart below). 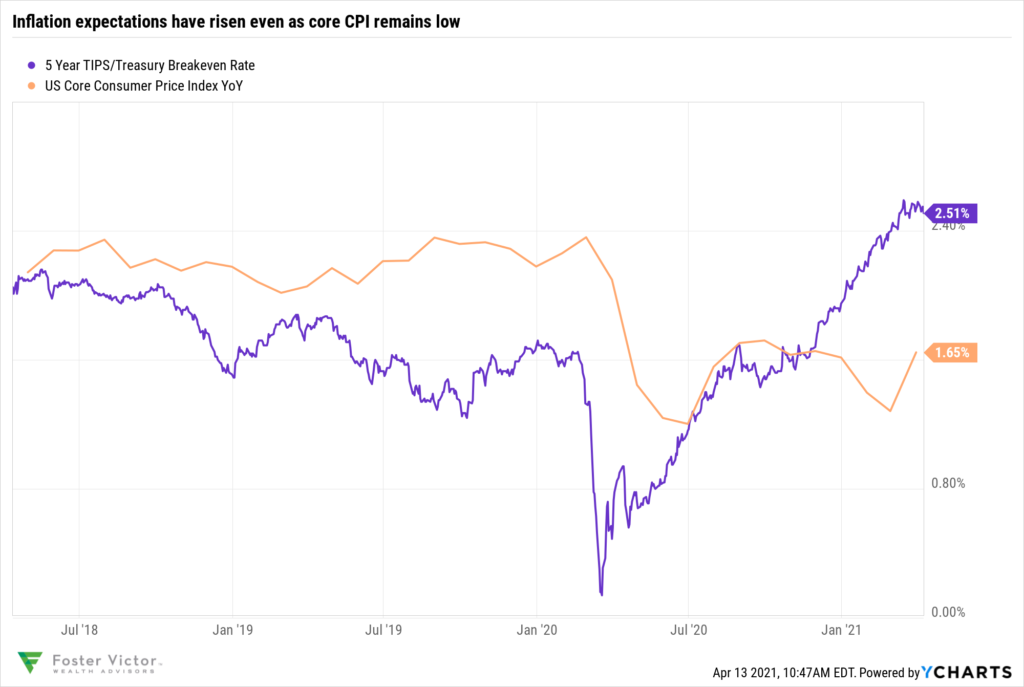 The Consumer Price Index (CPI) is the cost of a basket of goods and services that represents the average consumer’s spending. When we talk about inflation, we are referencing changes in the level of the CPI. The components of the CPI will sometimes rise or fall sharply, but never enough to materially influence the price of the overall basket of goods and services. In general, prices have been less volatile since inflation was beaten down in the early 1980s.

Like the market, we expect inflation will rise significantly over the next several months, but we believe the increase will be transitory. The main driver of the increases are depressed prices from Spring of 2020. Low prices in one year lead to a higher inflation “rate” the next year. 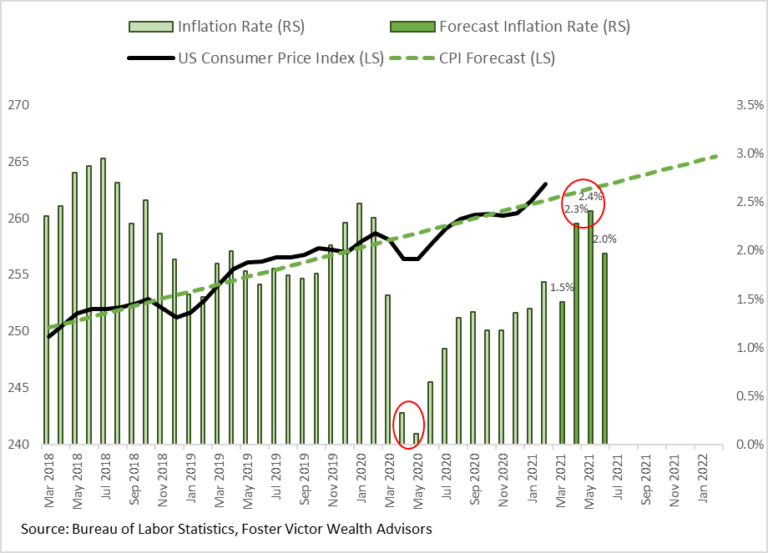 In more recent history, we remember the high inflation rates of the 1970s when the baby boomer generation was coming into their “spending years” and the national energy crisis was driving prices higher. While inflation is bound to get a boost from a sharp increase in economic growth, we do not see this as a return of the negative inflation-cycle we experienced in the 1970s due to the difference in circumstances. While fiscal spending will increase competition for goods and services, stimulus dollars can only be spent once – meaning that these dollars are unlikely to have a lasting effect on inflation. 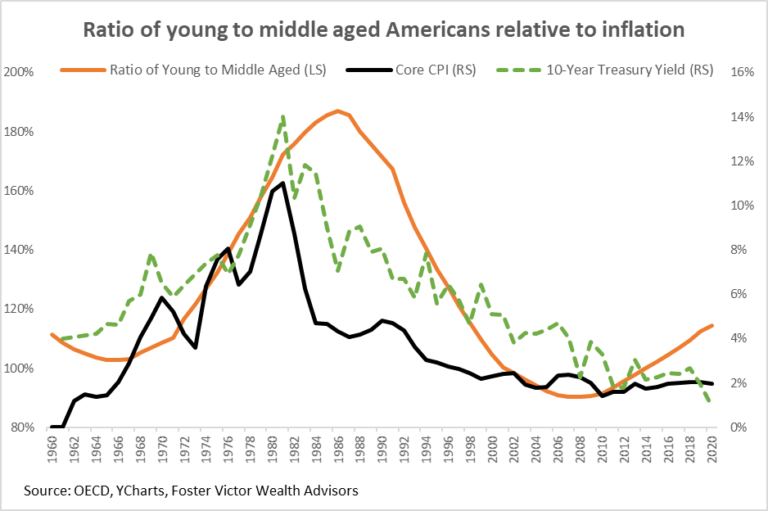 A perfect inflation hedge is characterized as an asset that can offset inflation’s erosion of spending power while maintaining a high correlation to changes in the general level of inflation. Duke University professor Campbell Harvey showed that the ratio of gold to the CPI has ranged from 1.47 to 8.68, concluding that gold is highly imperfect as a hedge against inflation. Stocks, another option as an inflation hedge, are ownership claims on real assets (land, equipment, intellectual property) and the earnings power of these assets adapts to changes in overall price levels. In other words, earnings rise over time, and this can partly be attributed to inflation.

Inflation will rise over the next few months, but this is a natural result of depressed prices in the prior year. An inflation rate above 2-3% is not likely to persist for long, and we do not believe that abnormal inflation is about to emerge as an enduring problem. Talk of inflation may conjure up fears of out-of-control prices but we are optimistic that reality is a lot different than the bluster of attention-grabbing headlines.