Given the current environment of peak coronavirus infections and challenges to vaccine rollout programs, it’s understandable that many investors are cautious as they look forward to 2021. It’s little wonder that recent economic data has resulted in steady downward revisions to estimated fourth quarter 2020 GDP growth (October – December 2020). However, all is not as gloomy as current conditions suggest. 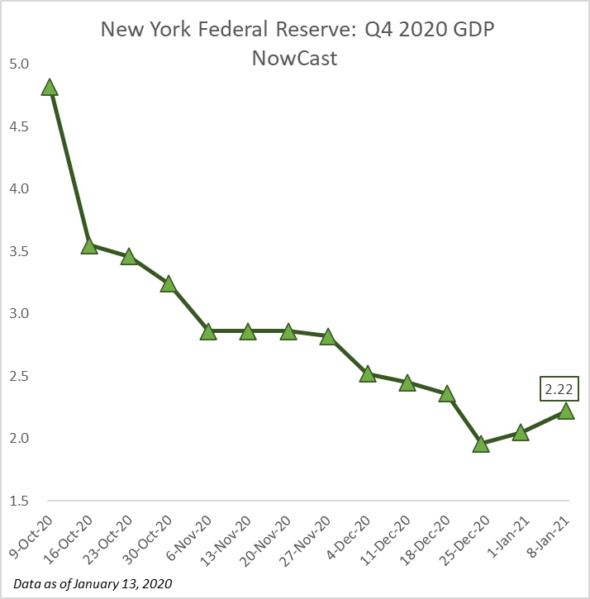 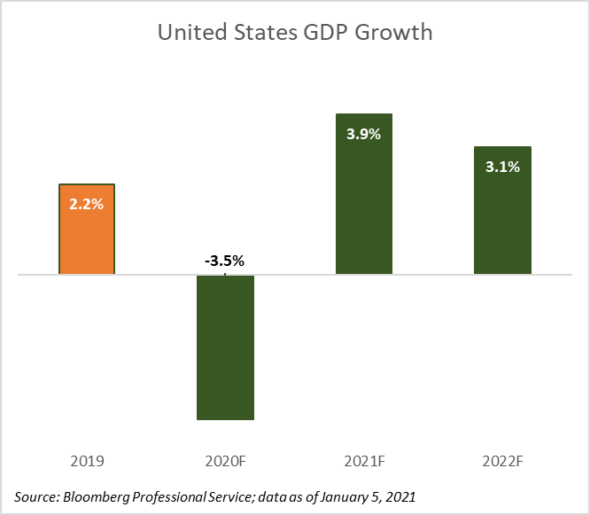 For some, this optimism is hard to digest given the current crisis. However, it is critical that readers recognize that the current downturn lacks the usual structural or financial imbalances that characterized past recessions. This one is a health crisis, not a financial crisis. Prior to the pandemic, economic growth was stable and labor markets were tight with ultra-low unemployment rates pushing wages higher. That led to a positive credit environment with record high FICO scores (703 vs. 689 in 2010) and record high net worth for US households. 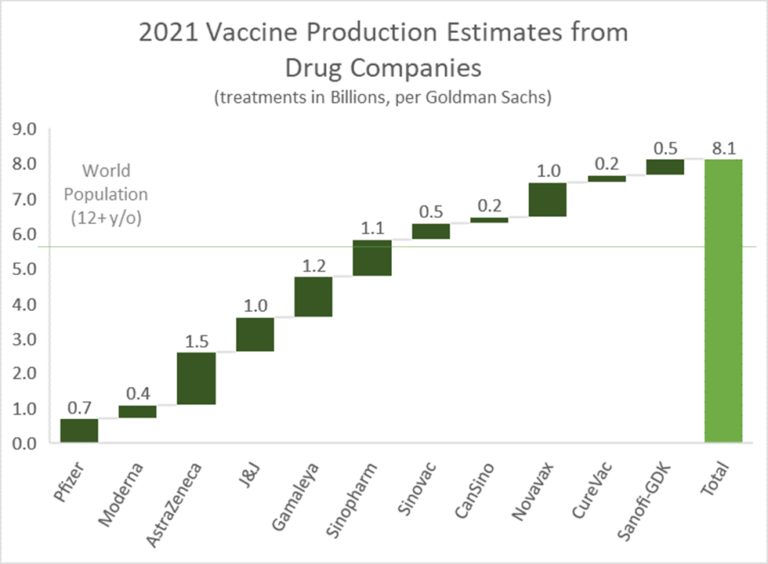 Several think tanks believe that the United States will achieve herd immunity in the Fall with some expecting the majority of Americans will be immunized by Spring 2022. In other words, the current environment will eventually change for the better.

In addition, central banks around the world have simultaneously deployed expansionary monetary policy by lowering interest rates and creating liquidity in credit markets (chart below). There has also been rapid deployment of fiscal spending to provide citizens the income support necessary to bridge the worst of the pandemic. 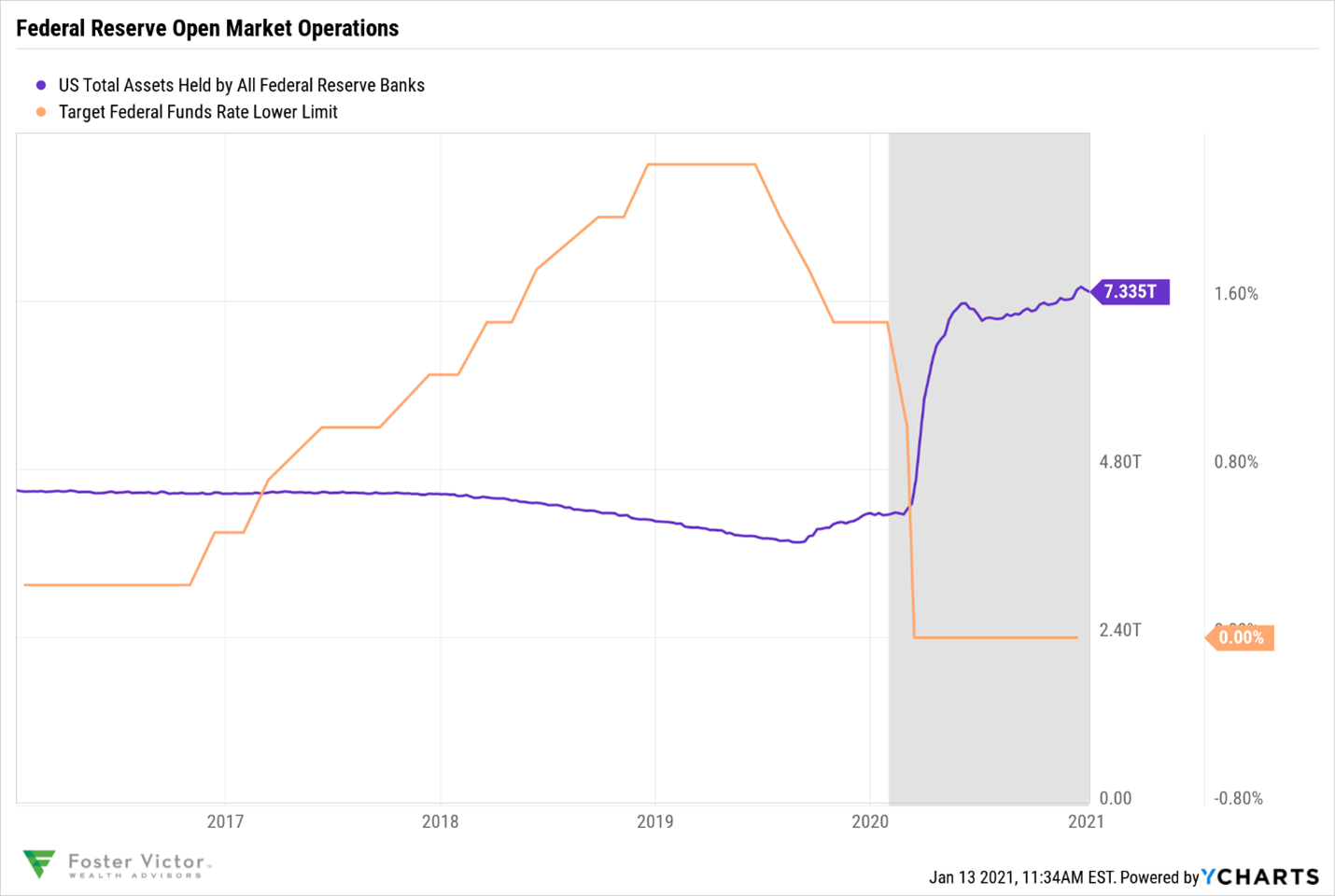 At the start of a downturn, the economic environment doesn’t feel much different. The economy is marching on, but with less intensity. At an economic trough, improvements to the economy can be hard to appreciate – especially given the typically widespread economic difficulties still being experienced by large portions of the population. So, at an economic trough when national output is starting to increase, it can still feel challenging, and that’s where we are now. While it’s hard to fight the shortsightedness when we’re in the trenches, it’s important to look to the horizon to see that better days are ahead.