My grandfather emigrated to the United States from Cosenza, Italy in 1925. After landing and processing at Ellis Island, he boarded a train to Olean, NY, a small but bustling town that was the epicenter of the US oil business – oil was first “discovered” on the North American continent only six miles away at the Seneca Oil Spring. At the age of 17, and speaking little English, my grandfather took work in the maintenance department of the Vacuum Oil refinery located in town.

By 1955, Vacuum Oil had gone through several mergers and was the Socony-Mobil Oil Company. Around that time the company shut down the refinery in Olean and moved their operations to a new plant in Paulsboro, New Jersey. My grandparents and their younger children moved with them, but my mother, then in her twenties, stayed behind. 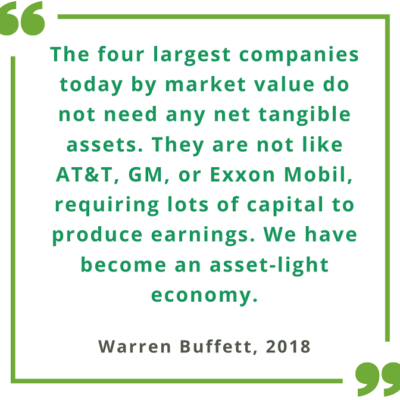 Some of my fondest memories as a boy in the late 1960s were summer visits to my grandparents’ home in Paulsboro. By then Socony-Mobil had become the Mobil Oil Co., one of the  largest and most valuable companies in the world. My grandfather would take me to visit “the plant-a” as he liked to call it. He would proclaim that Mobil made “lots-a gas-a” that powered “lots-a cars-a.” What impressed me more than that was the imposing physical nature of the refinery. We would walk along the myriad of pipes, past the massive furnaces, vacuum distillation columns, and tall rocket-like hydrocracking units. It was right there in front of me – I could touch it, hear it, and trust me on this one, smell it. In other words, it was tangible.

Economic value for Mobil, and many other companies that grew out of the industrial revolution, was measured in terms of their tangible assets. The leading industries – oil, railroads, auto, steel, and chemical – were all asset-heavy. However, one of the most prominent investors of our generation, Warren Buffet, notes that over the past fifty years or so we have transitioned to an “asset-light economy.” The shift to intangible assets over the last several decades is shown in the following chart. 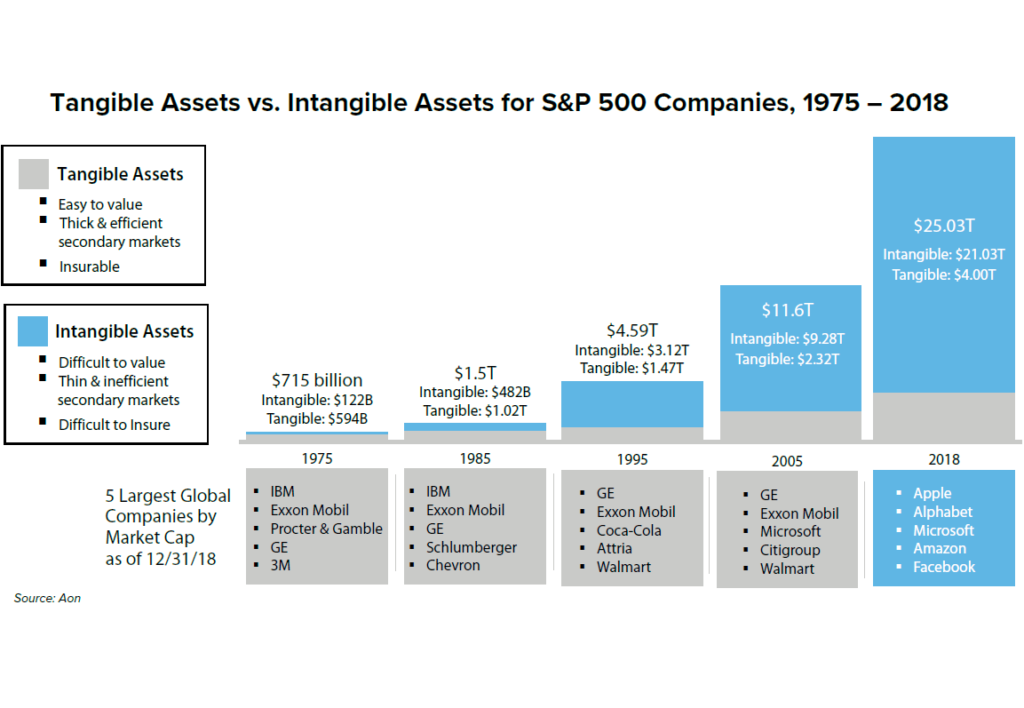 Companies like Apple, Amazon, Google, Facebook and Microsoft don’t need significant physical assets to produce economic value. Instead of turbines, blast furnaces, compressors, and the like, today’s leading companies rely on non-physical or intangible assets such as Intellectual Property, Brand Equity, Human Capital, and Network Effects to produce outsized economic profits. Most of us are now familiar with intellectual property, and how difficult it is to prove & safeguard. Brand equity refers to products that people are willing to pay a premium for over a generic alternative, where the name of the brand is what people are buying. Human capital is the sum of the knowledge and skills that employees of a company contribute to the company’s earnings. Network effects are feedback loops: the more people use a product or service, the more valuable the service becomes. Rather than physical capital, companies pursue value from knowledge, information, and relationships. 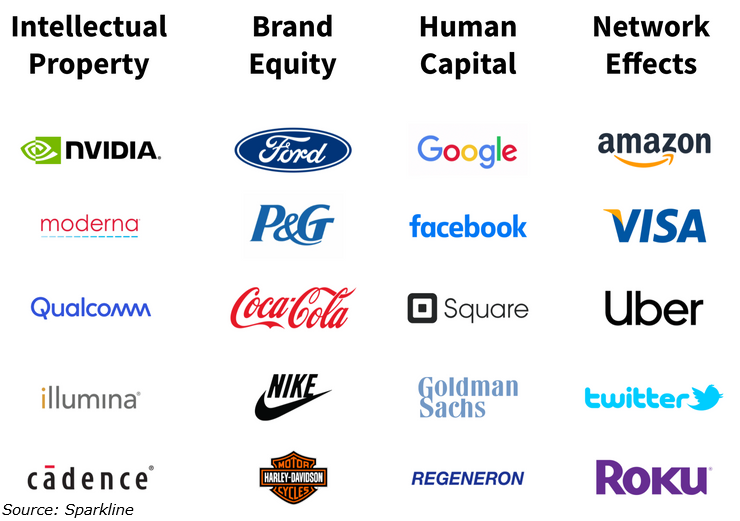 In addition, today’s leading companies also use intangible assets to erect high barriers to entry. In my grandfather’s time, physical plants, manufacturing facilities, and inventory were relatively easy to replicate if one had the necessary capital. Reproducing intangible assets is much more difficult. Competitors have to pay up to poach top talent, make significant investments in research and development, and hope that their gamble pays off over time. 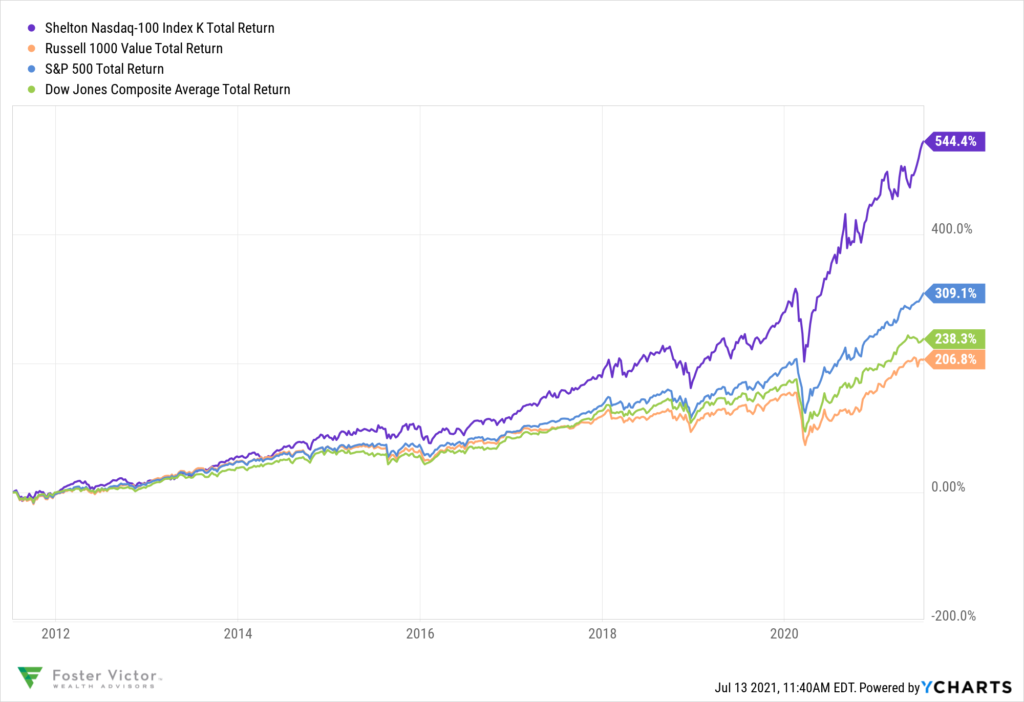 The explosive growth of intangible assets has had an equally impressive effect on investment portfolios. An examination of the Nasdaq 100 index, home to a who’s who of companies rich in intangible assets, reveals investment returns that have increased five-fold over the last ten years. While we cannot expect to see 2020’s returns every year, it is reasonable to assume that intangible assets will continue to be the dominant drivers of economic value in the years to come. Recent examples include blockchain technology creating new investment opportunities and the speed with which Pfizer and Moderna were able to deliver effective COVID vaccines. We are continuously monitoring the ever-changing investment landscape to make improvements to our investment process and balance risk.