Market Commentary: March 2022 – The Spark that Starts a Flame

The Spark that Starts a Flame

In our November 2021 Market Commentary “Flying Fossils,” we predicted that rising energy prices coupled with lingering supply chain issues would put upward pressure on inflation, creating a hurdle for global economic recovery. Fast forward four months, and oil is above $100 per barrel, natural gas has surged beyond 2021 peaks, and inflation is at its hottest rate in over 40 years. Furthermore, Western sanctions on Russia have added another major strain on energy supply.

High energy prices are delivering a material economic impact, putting a damper on global growth. Analysts are ratcheting down their growth forecasts while increasing their projections of inflation. Relative to the US, Europe faces higher risk of inflation growth due to its proximity to the conflict in Ukraine and heavy dependence on Russian natural gas. As energy prices have surged, Europe’s energy burden as a percentage of GDP has risen above levels last seen in the early 1970s. A lengthy Russian assault on Ukraine raises the potential for further energy price inflation and an economic recession in Europe. 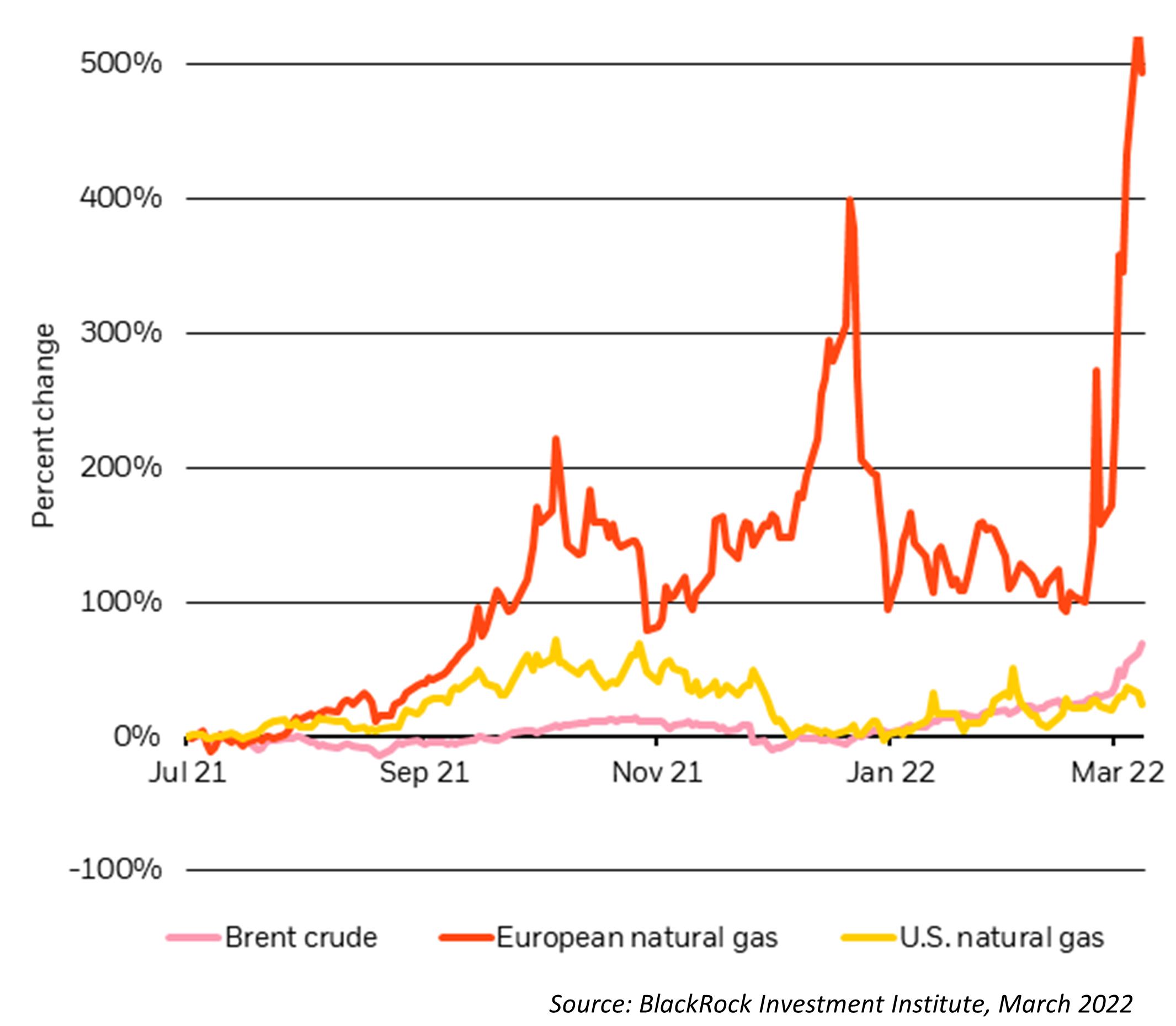 Domestically, the US economy is much better positioned to withstand the current energy crisis, especially compared to the crippling impact of the 1970s oil embargos. Today we are the world’s largest producer of oil, while our economy is much less oil intensive than it was 50 years ago due to higher energy efficiency and a growing shift to alternative fuels. Nonetheless, record high energy prices can still hamper domestic growth by acting as a tax on household incomes, lowering overall demand.

There’s an old saying that the best cure for high oil prices is high oil prices. At some point, producers, driven by the allure of “windfall profits” respond to high prices by increasing production – which in turn leads to lower prices. In the current cycle, oil and gas companies have chosen to maintain capital discipline, focusing on the generation of free cash flow and returning capital to shareholders rather than investing excessively in increased production. However, rig counts, an early indicator of future production, have been rising since the beginning of the year. It remains to be seen whether producers continue to contain themselves in the face of persistently higher energy prices.

While the spike in energy prices and the Russian invasion of Ukraine have been the principal drivers of market volatility in 2022, a stealth bear market has been percolating under the surface for some time. The chart below shows stock market breadth as measured by the number of stocks trading above their 200-day moving averages, which peaked in early February of 2021. As the market continued to move higher, fewer stocks participated in the advance. By the time the S&P 500 peaked again in late December 2021, less than 50% of market participants were trading above their 200-day moving averages. 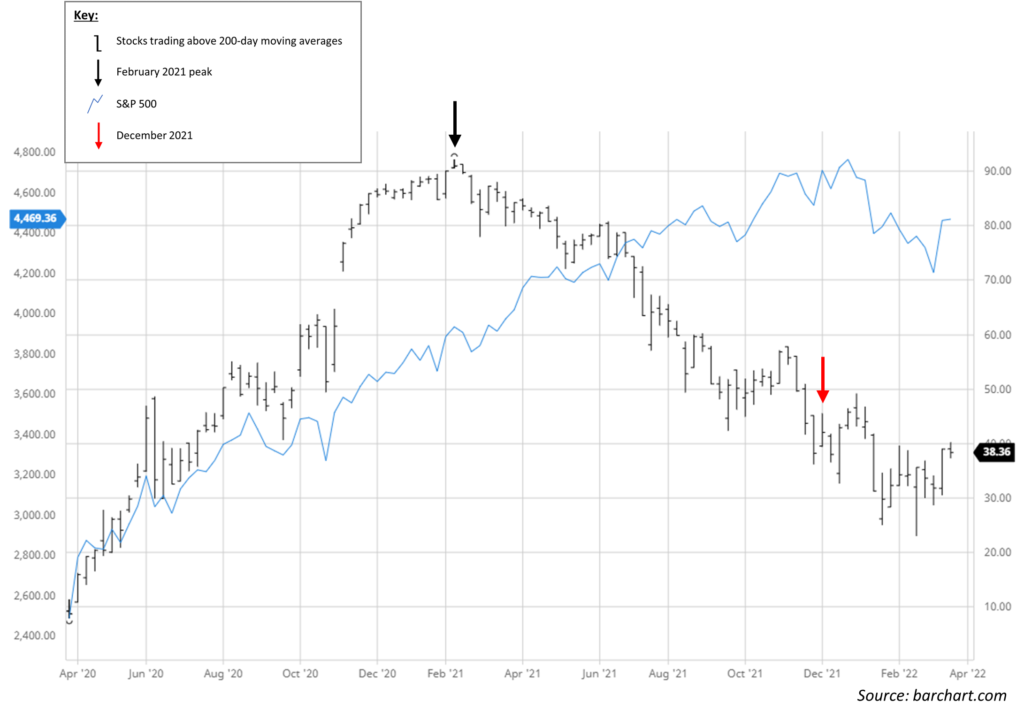 An interesting note is that many of the stocks that performed exceptionally well during Covid have almost completely erased their prior advances. For example, ZOOM was trading for about $110 per share in February 2020, then soared to nearly $600 per share during the height of the pandemic as more people were working from home. Now the stock is back around $120. Evidence of a Covid-related bubble is not limited to ZOOM, and former work from home darlings DocuSign, Teladoc Health, Roku and Peloton have all experienced similar round trips.

The confluence of geopolitical uncertainty, inflation, and stock market volatility is a recipe for heartburn. However, investors typically see the best results over the long term when they adhere to a carefully constructed planning and investment strategy that suits their personal situation. While this may be the first time your financial plan has been impacted by world events, sticking with your plan and avoiding reactivity is the right choice in the long run.