Elections vs. the Market

This is the second issue of our three-part series on how presidential elections impact the stock market. In part one, we debunked the notion of the “Presidential Cycle.” In this article, we will address concerns some investors have about how markets will perform if either Donald Trump or Joe Biden wins the election in November.

Every four years, journalists from across the political spectrum start taking positions on how the
election will impact stock markets. Their conclusions often depend upon where the journalist lies on the ideological scale, and the closer we get to Election Day, the more mainstream media outlets join in to amplify the noise of uncertainty. While the party in the White House goes a long way in setting national agendas and influencing legislation, it seems to have less impact on the stock market and the
economy than many realize.

First, let’s look at underlying economic performance by the president’s party affiliation. Evidence from history suggests that neither party has produced superior economic results. We examined economic data from 1950 to present to test two things:

We found that neither party has a leg up when it comes to increasing economic output or producing business incentives.

It is important to note that presidents do not control the business cycle. There is a natural rise and fall in business activity that occurs over time. While the White House can influence fiscal policy, the size of these programs is a fraction of the size of the country’s $21 trillion GDP. Enacted tax hikes would need to be large enough to discourage investment and dent the natural growth that flows from the economy. If the economy turns down, there’s usually an invisible hand guiding it lower rather than Washington politics.

That brings us to stock market performance. Corporate earnings growth is a natural consequence of economic growth and the fuel that pushes stock prices higher. 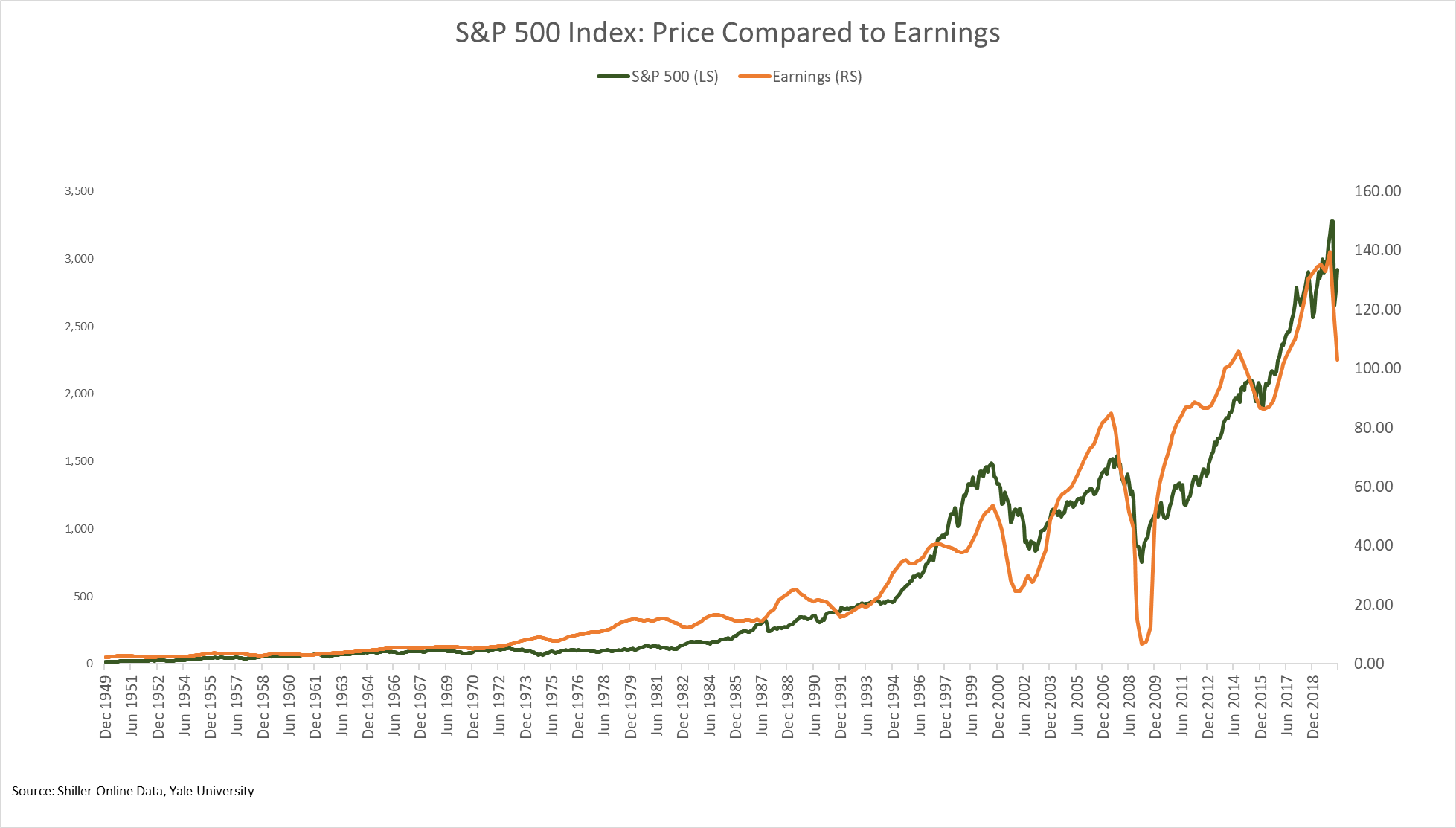 While presidential/congressional fiscal policy (tax and spending legislation) impacts corporate earnings, the effect on stock performance appears limited. What influences the market more than Presidential or Congressional fiscal policy? The Federal Reserve. Its enactment of monetary policy (the level of short-term interest rates and market liquidity) is monumentally influential on business and stock valuations. Rising interest rates dampen economic incentives while lower rates encourage activity. The Federal Reserve has come out forcefully to attempt to counter some of COVID-19’s negative economic impacts. They recently indicated that they would loosen their inflation mandate which will keep short term rates near zero for several years. Neither Trump nor Biden would have any influence on this policy.

With this in mind, how has the stock market performed under both Democrat and Republican presidents? The answer is neither party can claim to be better for markets. Because they don’t have direct influence on the business cycle or the effects of monetary policy, administrations are subject to the vagaries of changes in both. Unfortunately, that doesn’t seem to register with the media which will continue to foster anxiety among individual investors for the sake of views right up to election day.

Next month we will publish the final article in this series, where we will examine the costs investors bear when they try to time the market in a presidential election year.