As 2021 winds down, the economy appears to be exiting the recovery stage and settling into an expansionary phase. Corporate earnings have fully recovered from a difficult 2020, corporate executives are exuberant about company prospects, and supply constraints may have started to loosen. Further, the reduction in long-term unemployment, declining unemployment rate, and record number of job openings also imply an expansionary economy. We look forward to continued growth in the coming months.

The stock market appears to be confirming that we are in an expansionary phase as well. In the recovery stage, market participants gravitate to lower-quality stocks due to their leverage to strong growth. We saw this phenomenon in late 2020 and early 2021 as small capitalization companies were the best performing asset class. Of late, market leadership has transitioned to companies with strong balance sheets and cash flow generation, which is typical of an economy in expansion. The chart below shows that free cash flow yield has been an important factor in the determination of year-to-date investment returns, and we expect that to continue. 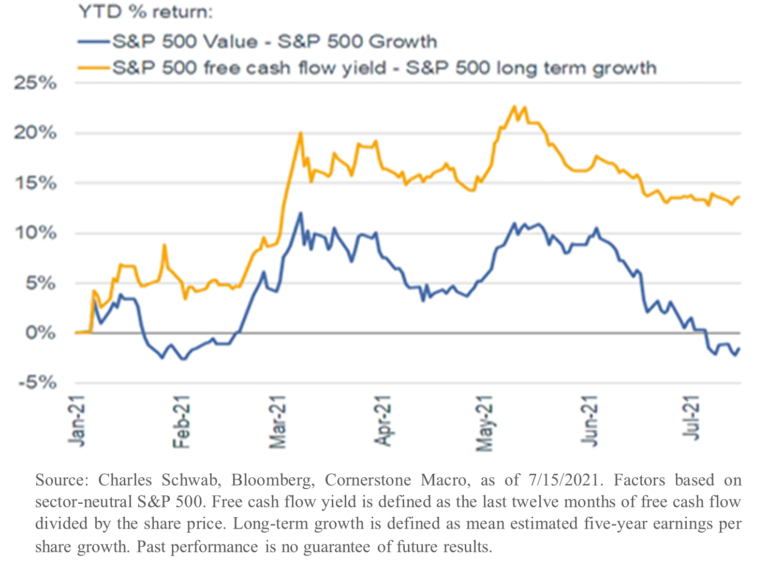 Inflation spiked in the first half of the year driven by the fastest economic recovery in decades, higher oil prices, and supply chain bottlenecks that caused delivery delays and product shortages. More recent economic activity, while still strong, has cooled a bit from its previous escape velocity. Easing supply constraints, falling commodity prices, and a slowdown in housing have all contributed to a moderation in inflation fears.

Morningstar analysts and the Fed predict inflation in 2025 to be a little over 2 percent, just above the Fed’s long-term target: 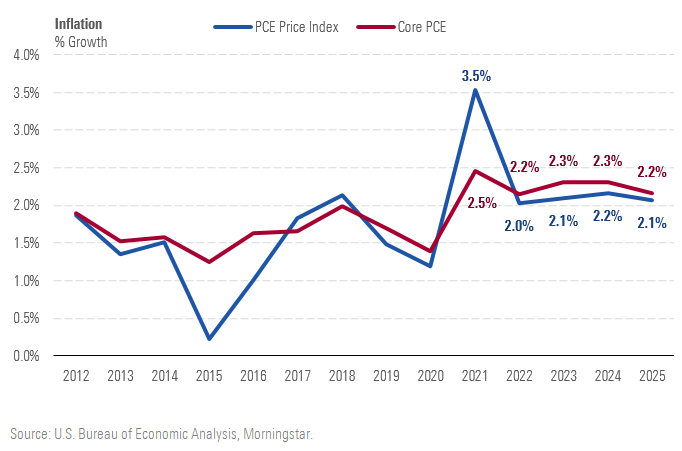 Below, we see market participant views on inflation over the next ten years, measured as five-year inflation, five years from now – about the same as the government’s outlook above. The important takeaway is that markets and the government don’t expect significant inflationary pressure in the coming years. 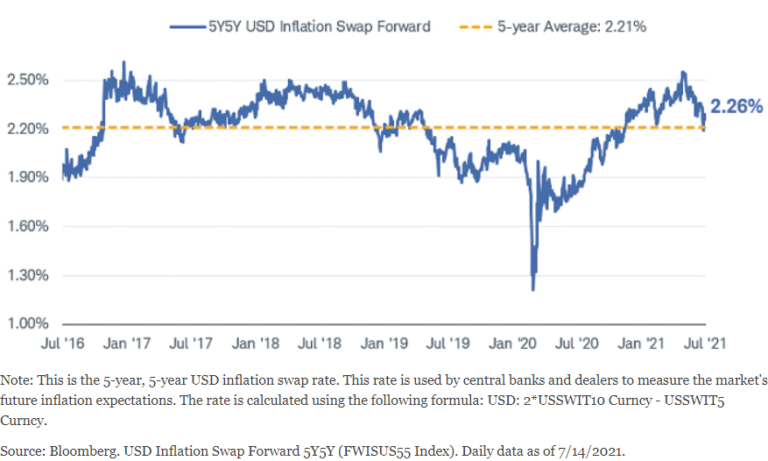 We do think that interest rates are likely to rise over the remainder of this year – rates are currently too low given the strength in the economy, and the Fed has stated they expect to begin tapering their asset purchases. This should translate to higher bond yields and a steeper yield curve, again reflecting an economy in an expansionary phase. As we move forward, the team at Foster Victor is available if you have any questions.