Like many of you, I love watching the Summer Olympics. My favorite by far are the swimming events. Maybe it’s because my kids have been doing a little competitive swimming, or because I personally can’t swim three laps without feeling like I’m getting waterboarded, but I truly appreciate the athleticism, strength, and stamina of these athletes. 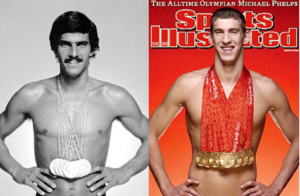 World records continue to be broken because these athletes are on a constant search for improvement – training regimens improve, athletes get stronger, more swimmers participate, and even technology advances (remember the full body suits?). Similarly, businesses that make up the economy and the markets are also on a continuous path of improvement as they tap new markets, save on costs, utilize new technology, and operate more efficiently. All of this striving to improve ultimately manifests itself in the form of ever-improving corporate earnings.

When someone asks how the market can continue to make new highs year after year, I refer to a chart of corporate earnings. Yes, valuations can ebb and flow at various points in time, but ultimately it is earnings that drive the direction of the market, and this year has been no exception. At the beginning of this year, Wall Street analysts predicted that 2021 S&P 500 earnings would grow just over 20%. That is an impressive number even coming off a pandemic driven recession. But with two quarters under our belt of better-than-expected earnings, that growth number is now approaching 40% for the year. 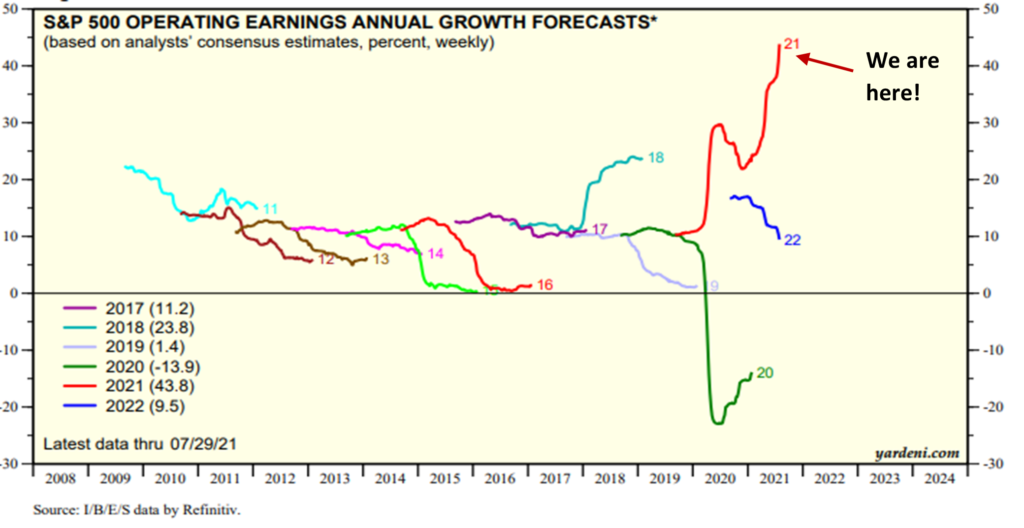 In this most recent 2nd quarter, we are seeing 100% growth over last year, and 87% of S&P 500 companies have beaten analyst’s estimates so far. Even more unusually, shown in the above chart, the typical pattern for analysts is that they start their market earnings forecasts for the upcoming year in an optimistic fashion, but as time moves on and results come in, those estimates are ultimately revised downwards (2018 being the exception due to tax cuts). This year, though, analysts have had to massively increase their 2021 earnings estimates as the economy has rebounded much stronger than expected.

Naysayers will point out that the market is forward looking and has already discounted this good news – that the earnings road ahead may be tougher. Indeed, many companies like Facebook, Google and Apple have reported spectacular results this quarter only to be greeted with lackluster share price reactions. But hitting “peaks” in the earnings growth rate does not necessarily mean the end of the market ride. The chart below shows that 2009 brought a massive spike in earnings growth like this year, brought on by recovery from a recession-induced earnings slump. 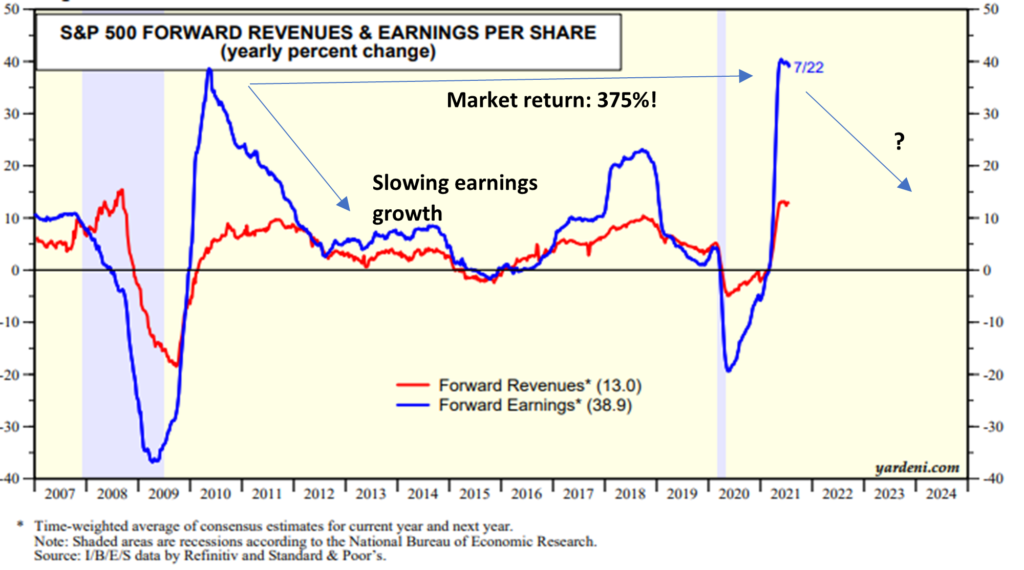 Did earnings growth rates slow down materially over the coming years? Absolutely. However, earnings continued to grow, albeit more slowly, and more importantly it did not hold the market back. From the last peak in earnings growth in 2010 until this most recent peak in growth, the S&P 500 has returned 375%!

That said, the market can (and likely will) hit bumps along the way as it did in 2010 and 2011, and there are certainly causes for concern – the Covid Delta variant, the removal of Fed stimulus, and the prospect of rising interest rates. But through it all, companies find a way to adapt, innovate, and improve, driving earnings higher over time. Like Olympic swimming, we may look up 4 or 8 years from now and find a new set of faces on our screen driving new records, but that’s just a sign of progress.