With news programs and internet news pages competing in a 24/7 news cycle, how do content providers get the public to notice them? Simply reporting facts no longer works, there must be an angle to your story to rise above the crowd. Studies have shown that readers and viewers are more drawn to negative news than they are to positive news. The old adage “if it bleeds, it leads” is not just a saying, it is a business model.

This is where headlines and buzzwords come into play. If an inflation report is forthcoming, citing nuances in the data is not as effective as a headline that reads “worst in 40 years,” even if the rest of today’s economic environment bears no resemblance to that of the early 1980s. Similarly, articles faulting the Fed – technically the Federal Open Market Committee (FOMC) – for responding too late, or not dramatically enough, to higher inflation rates include words like “botched” or “negligent” instead of systematically explaining why decisions were made (or not made) in a particular fashion.

Now that the investing public has reached the consensus that inflation is too high and the FOMC reacted too slowly to bring it down in deference to keeping the economy growing, the question on everyone’s mind is whether higher interest rates drive the economy into a recession – and voila, “recession” becomes the buzzword of the moment.

In the grand schemes of things, a recession is not necessarily a bad thing. It is simply a break in the growth trend of an economy and is often useful in forestalling inflation. Obviously, in retrospect, our current inflation levels are the result of pandemic-related supply chain constraints converging with pent up post-pandemic demand and not the result of a sustained, ever-growing economy over the past three years.

Could we reasonably expect The Fed to anticipate today’s economic conditions when no other “experts” were making that case 12-18 months ago? Moreover, if The Fed had a crystal ball and could predict the sudden and dramatic rise in inflation, would they have had the foresight or political acumen (they read the headlines, too) to get a head start to prevent inflation from getting out of hand? Even if they had and inflation was only half of what it is today, let’s say 4.5% CPI, that is still a dramatic increase from the previous decade. The experts and investors would still be calling on the FOMC to raise interest rates to bring down inflation without plunging the U.S. into a recession. There’s the buzzword that we just can’t escape, and here is the reason for that:

Recession is one of the most widely studied concepts in economics. It simply means that an economy is not growing and is instead shrinking. Although it is generally recognized as any two consecutive quarters of Gross Domestic Product contraction, i.e., negative GDP growth, a recession is officially determined by the National Bureau of Economic Research (NBER) using additional economic indicators beyond just real GDP growth.

Because the first quarter 2022 real GDP growth was -1.6%, another negative GDP rate for the quarter that ended June 30, 2022, would indicate that the U.S. has been in a recession since the beginning of the year. Most forecasters, including the Atlanta Federal Reserve GDPNow model (-1.2% as of July 8, 2022), are predicting that a recession is a foregone conclusion, notwithstanding any potential announcement to the contrary by the NBER.

What would a recession mean for the markets?

Since consumer spending is roughly 2/3 of the GDP calculation (the three other components of GDP are business investment, government spending, and net exports) recessions are typically marked by a slowdown in consumer spending (demand) which results in lower output by companies producing the goods and services consumers want. This leads to lower corporate earnings which is then reflected in the valuations of companies and a falling stock market.
However, because the stock market is a leading indicator, a barometer instead of a thermometer, the markets have been known to bottom before the data tell us that we are in a recession. We may see that this is the case for 2022.

The first six months of 2022 were the fourth worst first half of a year in the S&P 500 Index in the last 95 years. Because the market fell so quickly and dramatically, without coincidental declines in other economic factors, there is a consensus building that a short-lived, or mild, recession is already priced into the stock market.

As reported last month by FactSet Data Services, analysts decreased earnings estimates for companies in the S&P 500 during the first two months of the second quarter. However, during the same time analysts were increasing EPS estimates in aggregate for the last two quarters of 2022 and the entire calendar year of 2023. This indicates that Wall Street analysts are expecting a mild recession.

Anecdotally, Jeremy Siegel, a professor of finance at the Wharton School of the University of Pennsylvania, told Fortune magazine in mid-June of this year, “I actually think the market is already discounting a recession… It’s being priced at that level today.” Siegel noted that the S&P 500 is now trading at roughly 17 times forward earnings, and if you exclude tech stocks, the multiple is even cheaper relative to historical averages at just 13 times earnings. “You rarely see it that low,” Siegel said. 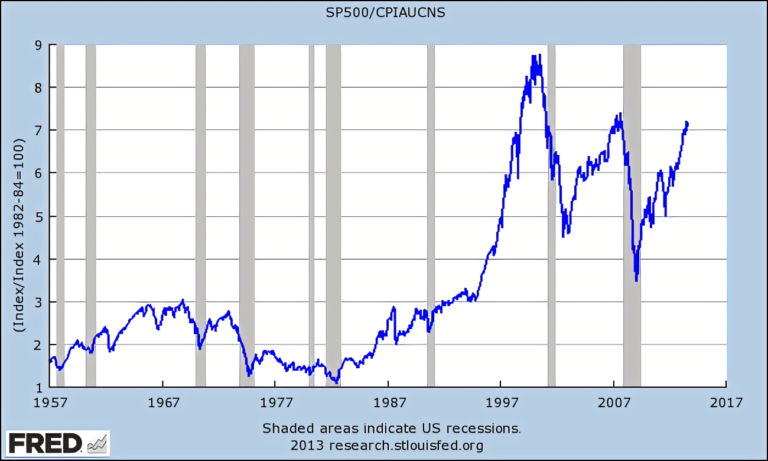 Given this array of indicators, we are currently more focused on coming out of the bear market (and recession, if it becomes “official”) than we are worried about the effects of entering, or going deeper, into either.  While we would not be surprised to see the market bottom out during a recession, it will likely “muddle along”, moving sideways for a while before a new bull market begins.  Likewise, even though recessions are recognized after two consecutive quarters of GDP contraction, they sometimes last longer than two quarters (as signified by the various widths of grey bars in the chart above).

Finally, the uncertainty surrounding when the economy or the markets will recover following downturns is what makes investing as much an art as a science.  In this regard, we will not hazard a guess as to when the recoveries begin but will play the percentages that suggest the worst is behind us.  There is light at the end of the tunnel.