Market Commentary: Where are all the workers coming from? 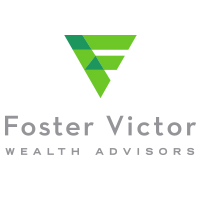 Where are All the Workers Coming From?

It’s always nice to hear good news going into the Christmas season. It gives us a little more to celebrate and less to worry about, and the good news this year has been the strength of the US labor market. The US economy is a consumption-based economy, so a strong job market usually results in high consumer confidence and a willingness to spend. The US has added an average of 180,000 new jobs per month in 2019. Economists have underestimated the ability of the market to create new employment for a couple of reasons: (1) the United States only adds 80,000 – 100,000 workers to the labor market each month and (2) the unemployment rate is already at an ultra-low 3.5%. Where are the workers coming from to fill these positions?

Workers considered prime age, those who are 25-54, make up the bulk of the workforce. The rate at which prime age workers participated in the labor market declined from 84% in 1996 to 81% in 2014. Much of the decline can be explained by the 2008 financial crisis. When people couldn’t find work, they simply left the labor force. Some retired early, some went back to school, others considered themselves “not in the workforce.” Thankfully, the participation rate has managed to rebound to 82.8%. According to Princeton economist Alan Binder, the sheer number of available jobs is drawing people off the sidelines and back into the workforce.

One of the benefits of a sizzling labor market is that it benefits lower-income workers more than upper-income workers (Aaronson, Daly, Wascher & Wilcox, 2018). While overall wage growth is stuck at 3.1%, compensation for low income earners rose 4.3%, which is near the peak rates we saw in the 1990s.

So, what will the job market look like in 2020? Can the economy continue to generate 180,000 jobs per month? Probably not. While official data is imperfect, there are natural limits to job growth. First, the Department of Labor’s estimate of unemployed persons continues to decline (chart below). While it has been an imperfect estimate, the trend demonstrates the pressure the job market faces. In January the number of unemployed persons stood at 6,535,000 and throughout the year it dropped to 5,811,000 in November. This means there are fewer people standing on the sidelines to draw from for future job openings. Second, age demographics will eventually weigh on the job market. While everyone knows our population continues to get older, it’s the speed at which it’s happening that some may find surprising. The number of prime aged workers is growing at a rate of 0.6% per year. However, the number of Americans aged 65 and older is growing at 3% per year … more than five times the rate of Americans aged 25 to 54.

Some attribute a portion of the labor market’s strength to baby boomers who continue to work out of necessity. However, a recent LIMRA Secure Retirement Institute survey found 27% of pre-retirees planned to work into retirement, leaving 73% of baby boomers headed straight for the exit. 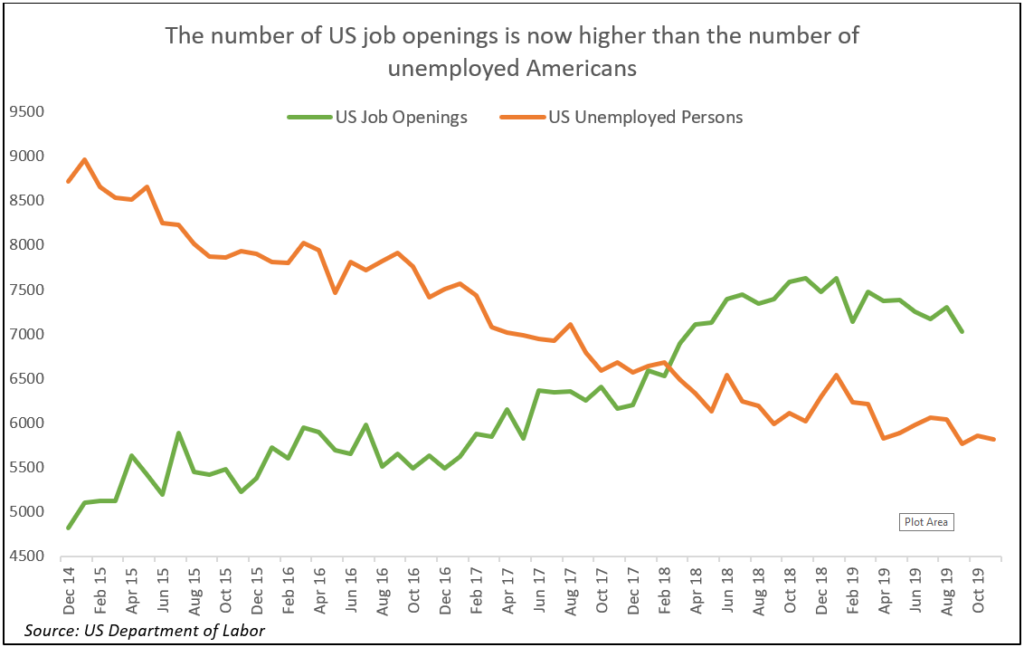 How much slack is left in the labor market and how will this impact job growth in 2020? Given the tendency for economists to underestimate the ability of the economy to generate jobs, I suspect it’s not as bad as some fear. However, it’s a safe bet that job growth will be lower than the 180,000 monthly average in 2019. While we expect job creation to step down from 2019’s impressive level, the job market should remain robust in 2020 and that is something to celebrate as we head into the New Year.